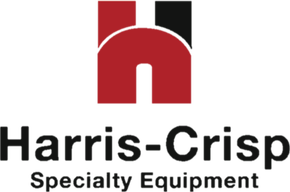 An essential part of your Litter Management Program is Litter Windrowing.
Poultry Litter Windrowing has become an accepted and increasingly popular litter management method for reducing the microbial loads in broiler houses. Litter Windrowing involves raking or rolling the litter into even rows (windrows). The moisture present in the windrows will increase the litter temperature, which releases ammonia from the litter while reducing pathogens including bacteria, viruses and pests in the litter. Integrators and growers have discovered that windrowing litter can improve chicken performance and will reduce the likelihood of disease spread when a total clean-out is not undertaken.

Poultry Litter Windrowing can be a very beneficial part of your Litter Management Program, if incorporated correctly. Below you will find a Litter Windrowing Guide & 10 Tips to help you through the litter windowing process.

1. Time - Schedule a minimum of 12 to 14 days of downtime between flocks. Litter Windrowing is a timely process, requiring a minimum of 12 days downtime to implement the in-house composting procedure. In some situations, such as extremely cold weather or during a very short layout in summer, you may want to skip windrowing a flock and pulverize the litter with the Creek View Litter Pulverizer.

3. Form - Form windrows within 2 days after bird catch. It is important to construct windrows with the Creek View Litter Windrower within 2 days following bird movement. Timely Windrowing before the bacteria for heat production start to die off and the litter moisture is lost to the environment will aid in maximizing temperatures for pathogen and beetle kill.

4. Temperature - Maintain a temperature in windrow of 130° F or higher for 3 to 4 days to ensure that pathogens are killed. Most of the microorganisms pathogenic to chickens are destroyed at 130°F. The “optimum” temperature has not been established, but the general consensus among those who use windrow composting is to try to get the temperature as hot as possible. In trials at Mississippi State University, windrow core temperatures of 145°F were achieved in about 50 hours after the windrows were formed (see graph below) Researchers at Louisiana State University determined the minimum moisture content should be 32%, with moisture levels in field trials ranging from 25 to 37% producing adequate temperatures (Lavergne et al., 2006)

Hours
​5. Turn - Turn windrows every 3 to 4 days (2 to 3 turns is optimal) All windrows should be turned at least once to incorporate any undistributed litter at the base of the windrow into the mix. Turning can be done once the temperatures begin to fall or around 3-4 days. ​Turning provides oxygen to the bacteria responsbile for heat production. Temperatures after turning are often 5 degrees higher than before.

6. Shift - Shift entire windrow when turning to allow the floors to dry. Shifting the entire windrow while turning the litter exposes the cooler portion of the pile to higher temperatures for more effective pathogen kill, and aides in releasing moisture and ammonia.
​
7. Level - Level material at least 4 days before chick placement to decrease litter temperature, litter moisture and ammonia levels. After meeting the temperature guidelines the piles can be leveled out, leaving 3-4 days for set up. There is some speculation that leaving windrows piled for a minimum of 7 days, and 10 days if possible, aids in additional moisture and ammonia removal.

10. Ventilate - Ventilate during windrow process to decrease ammonia levels. Ventilation is critical during the Litter Windrowing Process. High levels of moisture, ammonia and heat will be released during the composting procedure. In order to aid in moisture and ammonia removal from the litter, it is absolutely critical the house be ventilated from the day windrows are constructed to the day of chick placement.